Hydrogen is an excellent energy carrier and will therefore be of great importance for the energy transition in several ways. When created in a sustainable way, hydrogen can reduce overall emissions and the worldwide dependence on fossil fuels. Hydrogen is an light element and an energy carrier rather than an energy source. It can be produced from multiple sources and it has large capacities for energy storage when compressed and in small volumes. For these reasons, hydrogen is often cited as the solution to the energy transition.

Many industrial processes produce hydrogen as a by-product. In addition, hydrogen can be produced from natural gas. Finally, the element can be produced from electrolysis from wind or from solar energy which is called renewable or green hydrogen. Hydrogen itself, in turn, can be used as a fuel for several production processes, as an input for power plants, as a fuel for mobility or as an energy carrier for storing peak capacity. Driving power plants using green hydrogen produced from wind farms in Eemshaven or the Maasvlakte, or fueling buses, trains and cars on green hydrogen produced by local solar farms, can significantly reduce global CO2 emissions. Simultaneously, this goal can be achieved by building pipelines between chemical companies that produce hydrogen as a by-product and companies that can use hydrogen as an input for several production processes. The fact that existing natural gas pipelines can be adapted to hydrogen usage adds to the potential for enabling and driving the energy transition.

The application of hydrogen in the industry can be divided into four global categories:

The conditions and requirements posed on components differ significantly between these different application areas. Depending on the exact application, pressure levels can range from 5 barg to 1050 barg and temperature levels can vary from ambiant to cryogenic.

Besides the relative differences in operational pressure and -temperature between different applications, the nature of the hydrogen atom itself causes a need for specific attention. Like other energy carriers, H2 is not only highly flammable but also very small and light. The latter characteristic poses specific requirements on the selection of materials and the required tightness of components such as H2 valves. 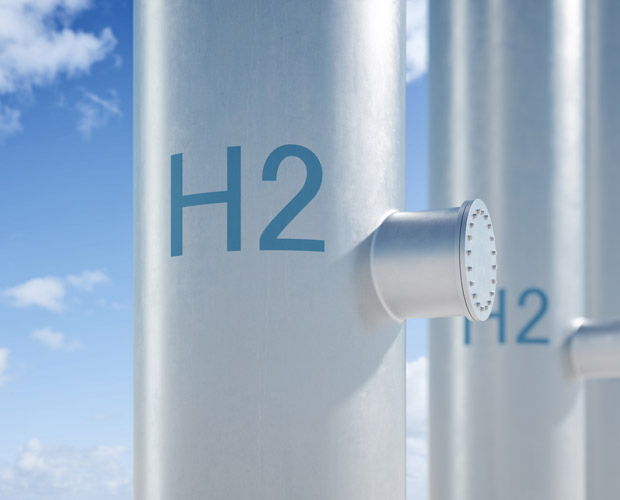 When selecting the right materials, the following considerations are essential:

In collaboration with Habonim Industrial Valves, Hanwel supplies a wide range of hydrogen valves that take all of the above aspects into consideration.

The materials of our low-pressure hydrogen ball valves are carefully selected to prevent HGE. These valves are assembled and tested according to ISO 16232 to meet the highest purity standards. Further, the valves are certified according to ISO 15848-1 as standard for fugitive emissions (500,000 cycles), API 607 (fire safe) and ATEX classification. Each individual valve is subjected to a vacuum Helium test (<10-⁶ mg/sec/m) to ensure the tightness of the stem seal. This relates to our H47 series ball valves. 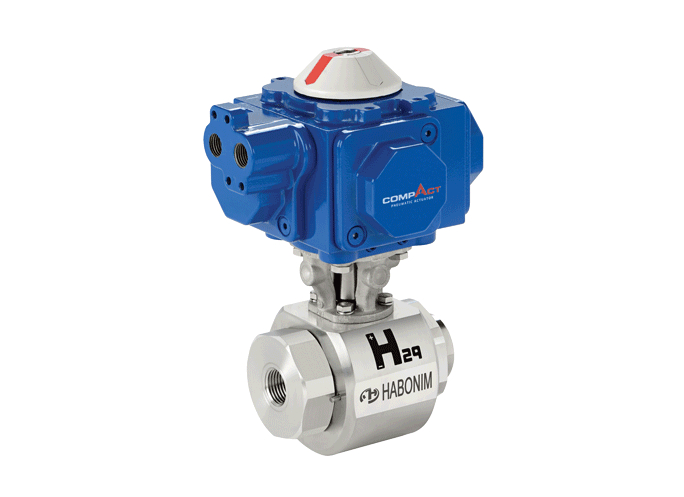 Our H24 and H28 series hydrogen valves are suitable for hydrogen up to a maximum pressure level of 500 bar. The basic characteristics and certifications are identical to the H47 valves for low pressure with the addition that the risk of HGE is increased for these pressure classes. As a result, materials such as 316L stainless steel for the housing and carefully selected materials for the valve stem are used at all times.
As the pressure rating increases, the diameter of the pipe and valves usually decreases. Commonly used connections such as cone and thread are among Habonim's standard features. The H24 series is fully TPED certified for usage in road transport applications.

Our specialists will be happy to help you select the right valve for your application. 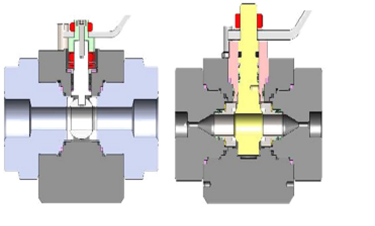 Solutions we offer for hydrogen applications: Looking for an adequate solution for your project